Viral campaigns seem the stuff of legend in the digital marketing world; allusive, highly sought after and rarely experienced. Backed by the power of social media, it’s hard to pinpoint a theme or common thread between some of the most well-known viral sensations, just think of the blue/black/gold/white dress debacle which many a company jumped on the band wagon of. Just one simple tweet which sparked a furious debate and millions of shares, comments and retweets. 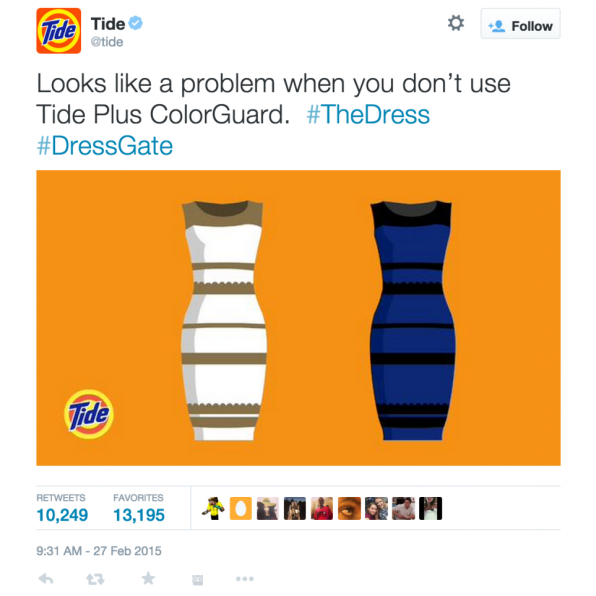 But really, what does it take to go viral? When it’s so hard to seemingly determine the right way to go about it, how can marketers predict the impact a campaign will have? Well first, it’s best to look at where most marketers get it wrong.

Why Your Viral Campaign Isn’t Working

While many companies are happy to jump on the back of a trend or viral discussion to reach a wider audience, many set out to become viral themselves. According to Seth Godin–who has one of the best marketing blogs going around–this is where most companies tend to go wrong. They think a viral campaign may help slumping sales, attract a new, younger audience or increase brand exposure; but really, viral campaigns are made by mistake, not design. Godin so aptly puts most companies viral strategy like this:

“They slap some goofy viral thing on top of it and wait for it to spread. And if it doesn’t spread, they create a faux controversy or engage a PR firm or some bloggers and then it still doesn’t work.”

In a world where advertising is filled with paid endorsements, influencers and false promises, consumers are becoming all-too aware of forced attempts to resonate, and that’s where many tend to go wrong in this highly-lucrative marketing strategy. Throwing money won’t make a campaign spread faster, if anything, it will cause it to die out even faster.

How Stuff Spreads: The Dynamics of ‘Virality’

I’ve read a lot of material, papers, reports and more around marketing, but by far one of my favourites, is the scientific approach Pulsar, a social data company, took to understanding how content goes viral. This two part paper is really worth checking out, and gives some great insights into just how stuff spreads and goes viral, especially on social media. For the sake of keeping this short and sweet, I’ll focus on their research into video content.

The study focused on tracking how four very different viral campaigns spread on social networks. They were:

To determine the way viral content is shared on social media, and by whom. With four very different viral topics, the idea was to see if sharing followed a common pattern.

These images show four very different ways of spreading, or virality. But how can we use this information? First, let’s look at what it shows us:

These four can be classified into two themes: a resonating message (as seen with Dove, Turkish protests and Commander Hadfield) and a broad, humour-centric focus (Ryan Gosling video, often seen in viral content). What’s also interesting, is how long these four viral campaigns actually remained viral: 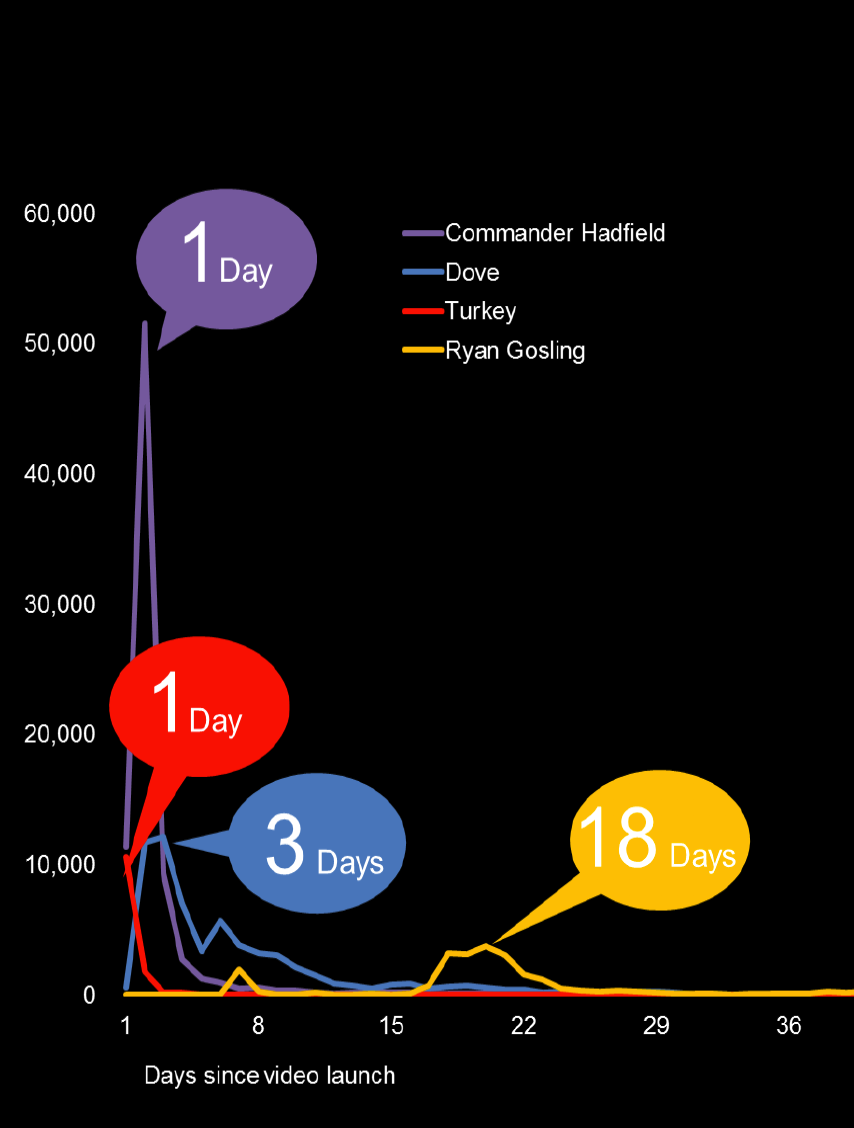 All but one viral video peaked within the first 3 days after release/ discovery.

So, How to Manage Viral Campaigns?

If you want to really make content go viral, there’s definitely an art to it. It’s as much about the design as it is the execution. What the above study shows us is this: your entire campaign hangs on what you do in the first day of release. If it doesn’t resonate, or generate then, it’ll most likely flop. Not only does the content have to bring some type of emotion or connection with the audience; but it has to be done in a way that works similar to word of mouth. Create something different, so that when someone watches it, they automatically determine it’s important enough for others to want to see. Whether you use humour, or emotional appeal, go broad, or go home. The world is a globalised community thanks to social media, the aim is to generate something that’s meaningful the world over.

And lastly, plan well in advance the influencer tactics you’re going to have in place well before you execute. What’s clear in all four scenarios above was that the majority of spread originated from the first dozen or so tweeters. Work out who’s likely to share your content, and ensure it gets to them very early on if you want to make your video or content campaign go viral.

At the end of the day, viral marketing is to an extent a guessing game. But, that doesn’t mean you can’t plan ahead and develop a campaign with the intention to go viral. Just like with any aspect of digital marketing, you want maximum reach, all viral marketing really is, is this process just in overdrive.

5 thoughts on “The Art of Viral Marketing: Is It Really Just Luck?”

This site uses Akismet to reduce spam. Learn how your comment data is processed.